Leaving San Luis Pass, I drove the Bluewater Highway to Surfside. It was very windy and the birds flighty.  I tried to get photos of the birds I saw on the lines, but as soon as I slowed the car they flew off.  Even the European Starlings were difficult to photograph.  I barely snapped one picture before they scattered.

I thought I saw a falcon, but it disappeared before I could make an id.


In a little pond beside the road, I spotted a small group of Lesser Scaup.  A lifer!  They took to the air very quickly, but I managed one photograph again.

Along the road, there are various places to pull off:  a nature trail, beach access points, a bayside kayak access point, and a crabbing pier.  I saw a sign at one of the beach access points advising that this area is essential to a threatened species and providing information on how to help protect them. My field guide actually lists them as endangered. 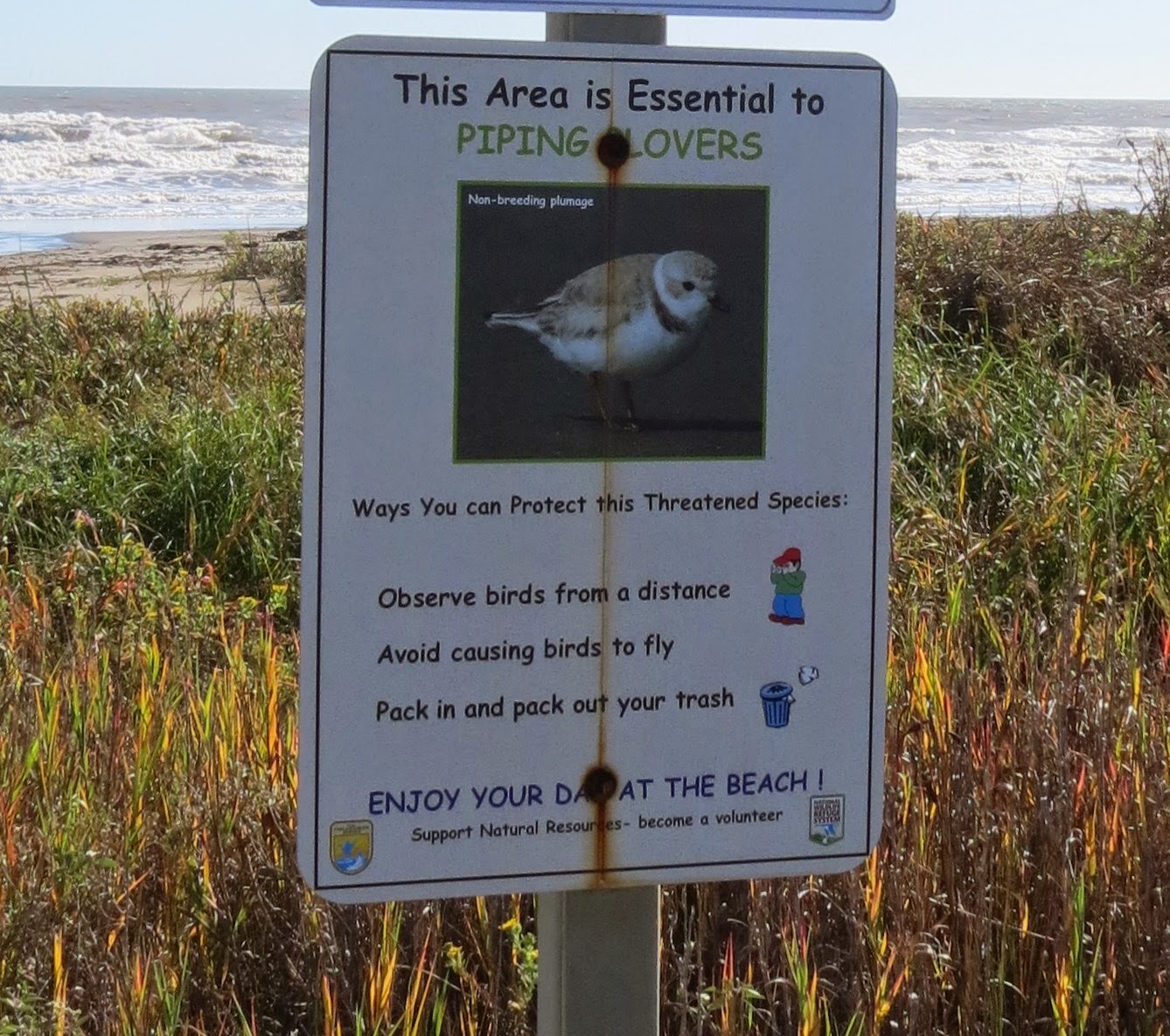 There were a few fishermen that caused the birds to move down the beach, but not deliberately.  I followed and was able to get within 20 feet of plovers, sandpipers, and sanderlings without alarming them.

At first glance, it looks like I found one of the Piping Plovers.  After studying my photographs and referring to my field guides, I determined this is actually a Snowy Plover, which is also listed as threatened and is another lifer.  A Piping Plover would have had orange legs.


At the crabbing pier, I found a pair of interesting birds.  A White Ibis and Tri-colored Heron were following each other around.  Wherever one went, the other followed.  When I passed by later in the day, they were still there and still together.  How's that for an odd couple?

On a day that wasn't particularly birdy I identified a total of 16 species, two of them lifers.  Not too bad.

Linking with The Bird D'Pot.