I skipped this one and posted out of order because I needed a break from rainy day photos.  I left McHale Park once the rain let up and headed for Hester Garden Park.  According to the map/brochure, this was the place to be for migrants until after World War II.  The park does have very nice trails which will make it worth future visits for Saturday morning runs, but I've been twice and not seen a single migrating bird. 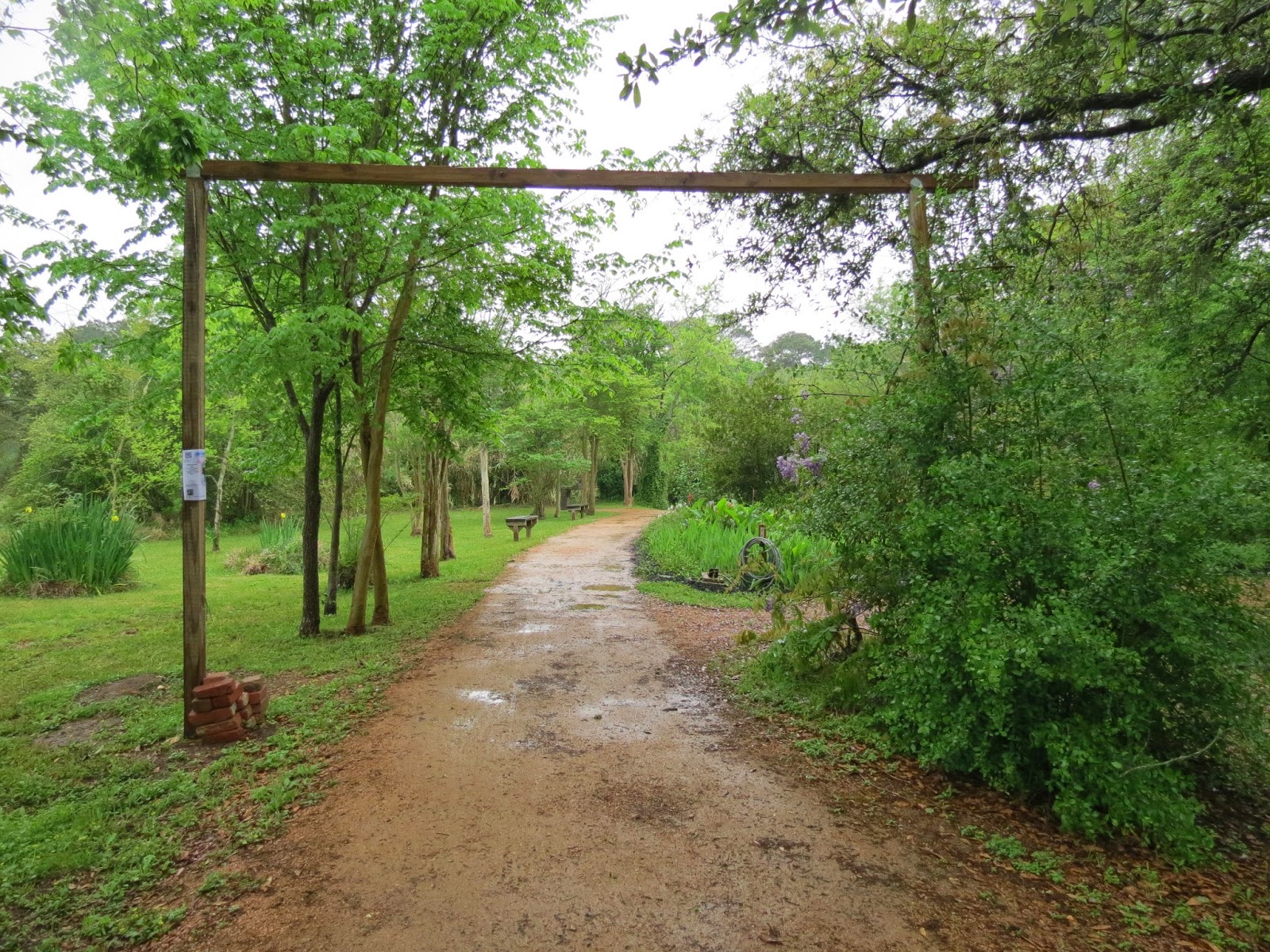 In fact, the only bird I was able to photograph during either visit was the Yellow-crowned Night Heron.  I saw him peeking out of the tall grass this time. 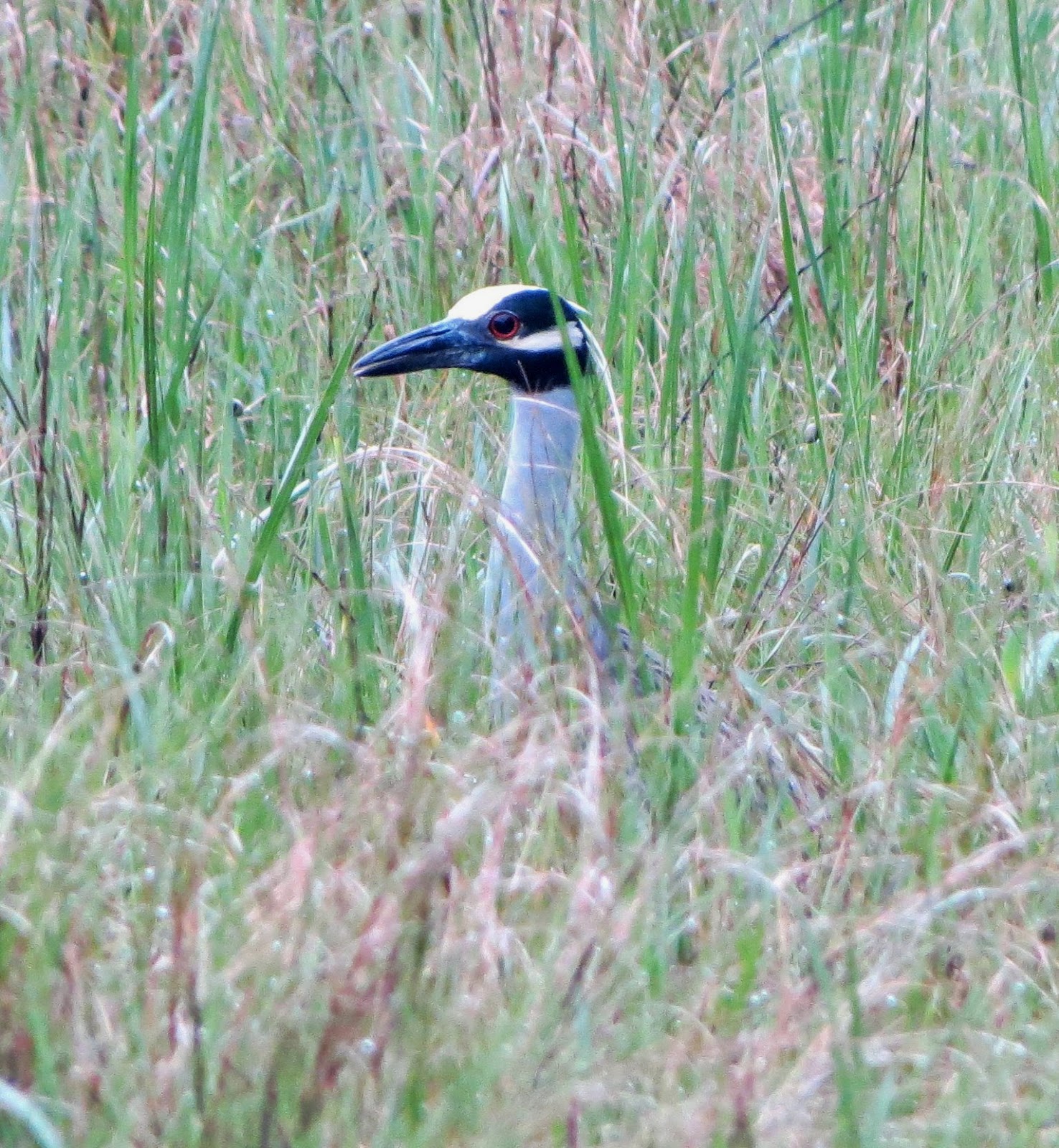 Some other visitors asked me what he was.  When I told them, they said, "He's up early."  I have heard that they actively feed at night, so they might not have been wrong about that. 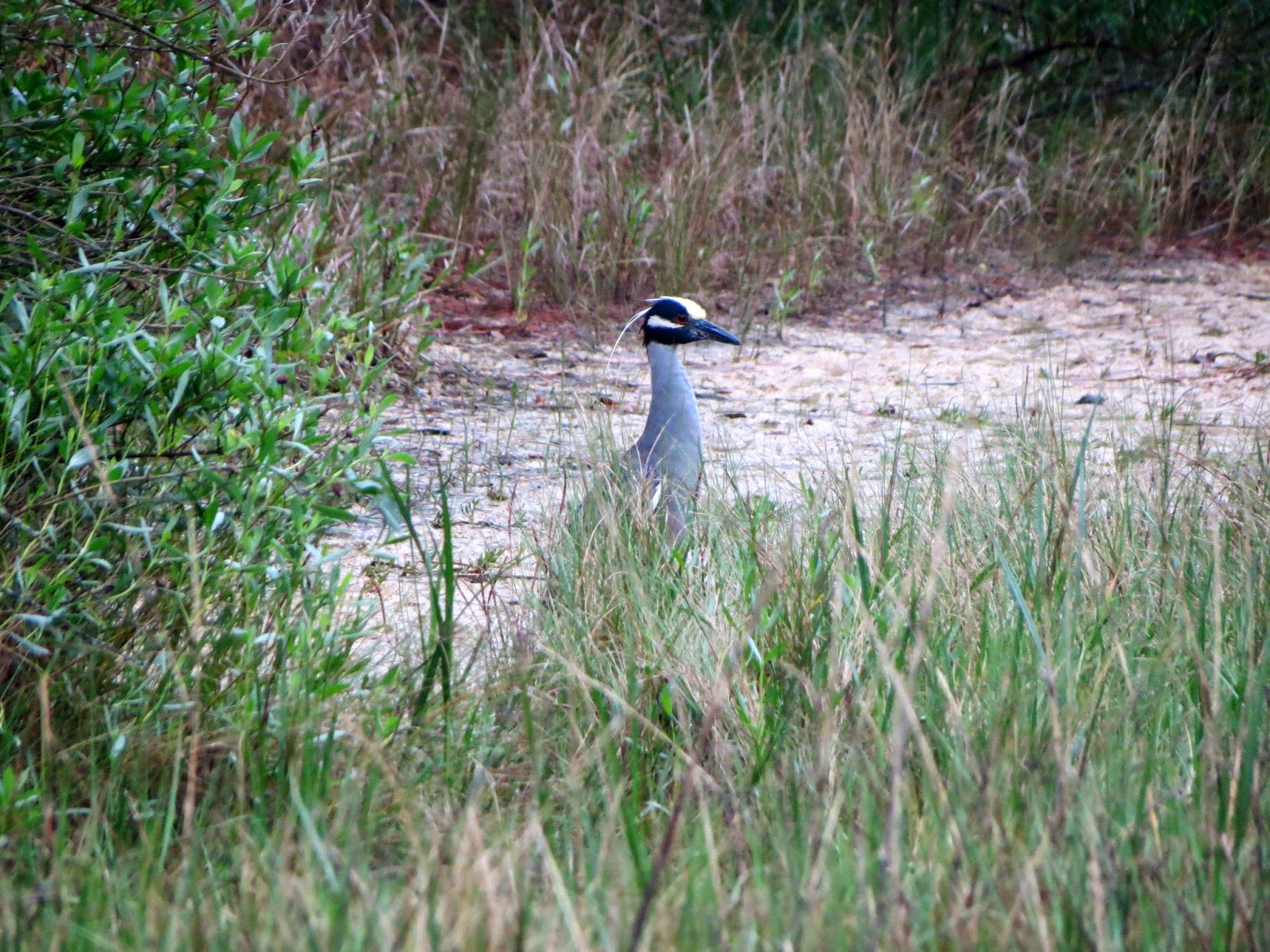 At least the flowers enjoyed the rain. 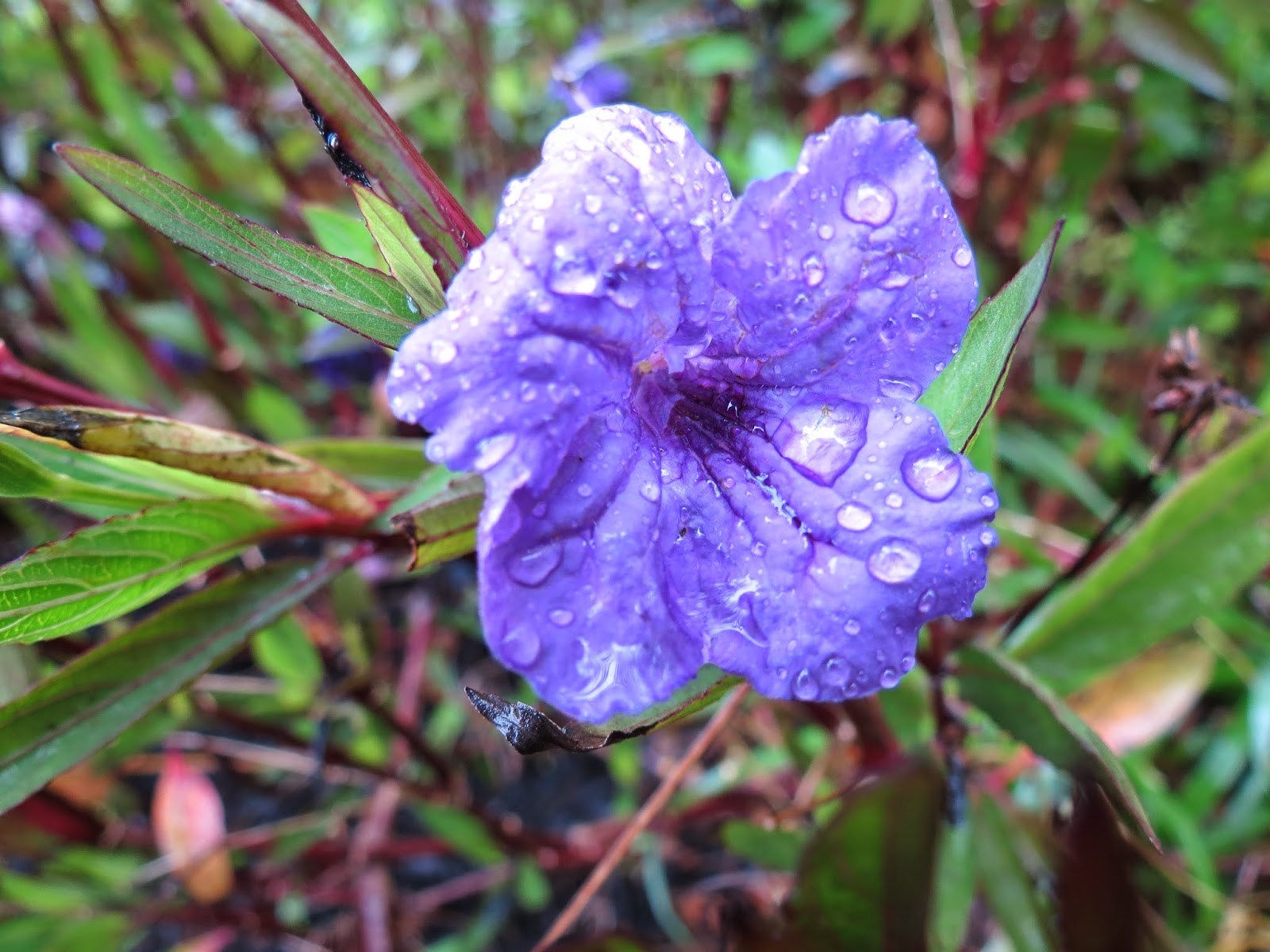 Instead of letting my camera get soaked by the rain, I was hiding it under my jacket.  This turned out to be worse than letting it get wet because the lens fogged up - from the inside.  I took it home, let it sit for a few hours, and it's fine again. 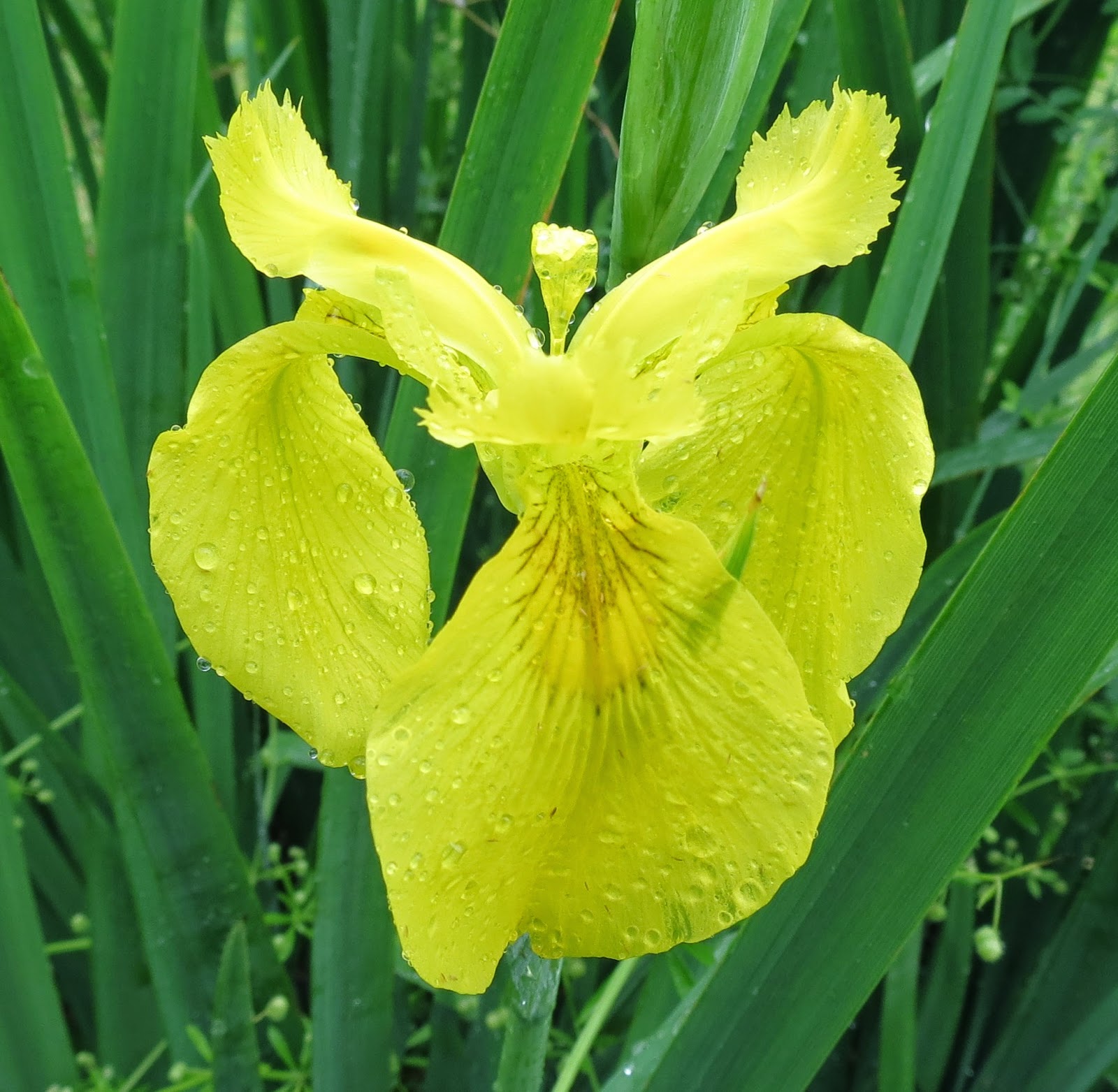 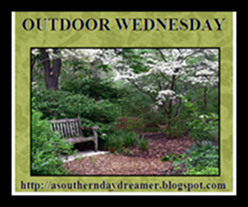