After finding the Dusky-capped Flycatcher at Pedernales SP, I had time to explore a couple more sites along the Heart of Texas Wildlife Trail - East, beginning with the Johnson Settlement.  Here, where our former president's grandparents settled in the 1860's, homes, barns, a windmill, and fences have been restored to the way they would have appeared at that time. 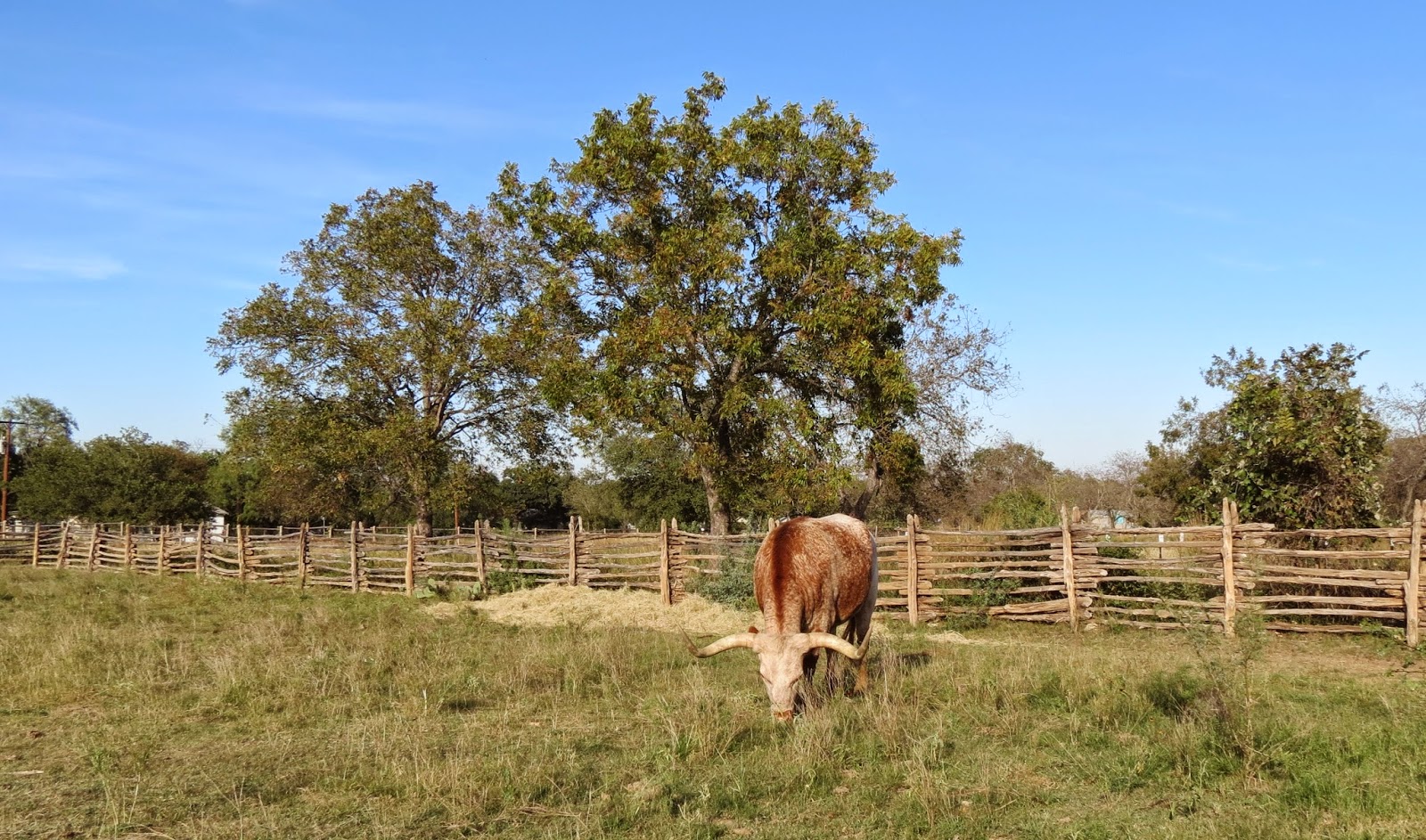 The Johnson's established a cattle-droving headquarters in the area, and Texas Longhorns are on display. 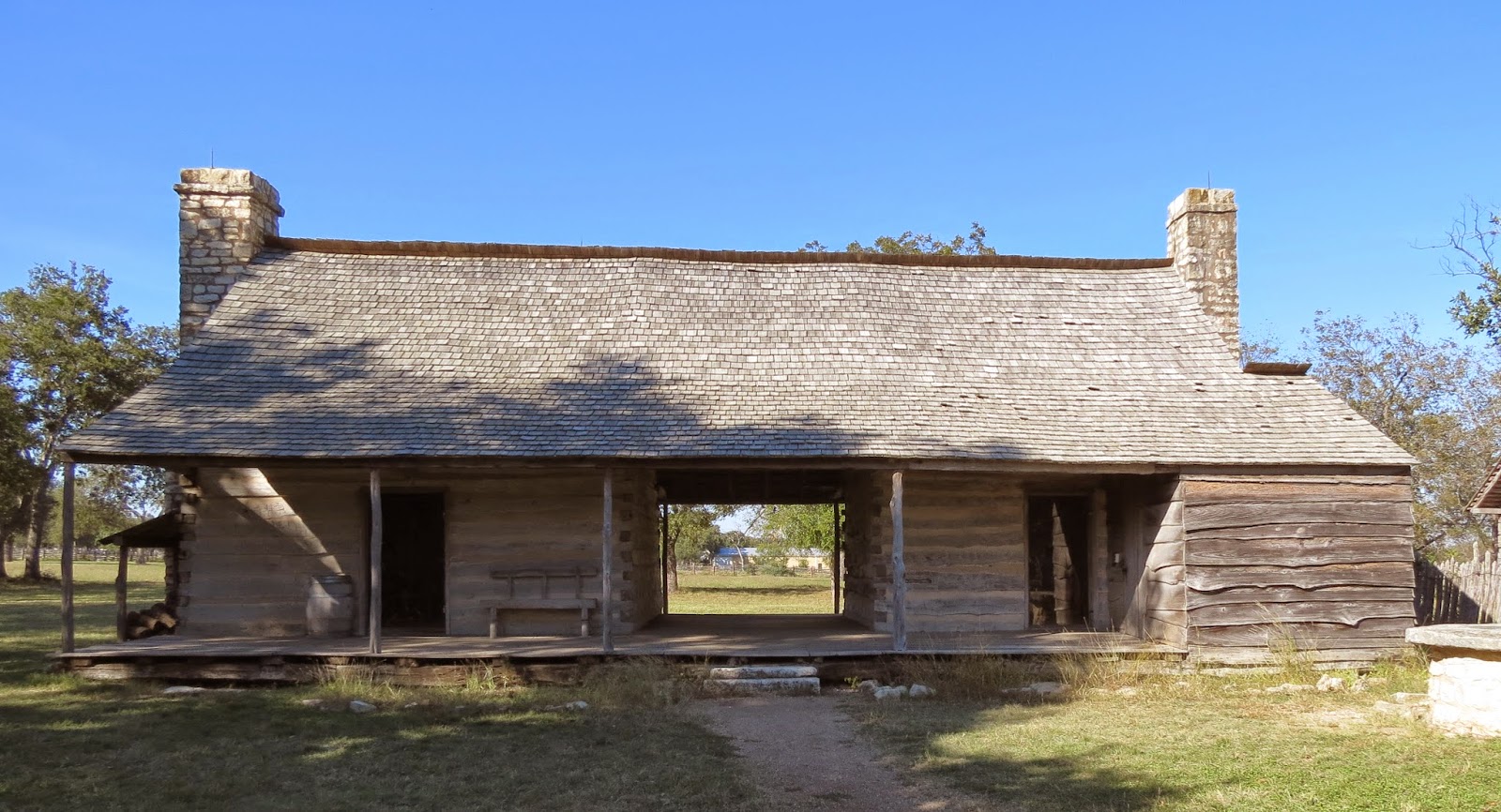 The "dogtrot" cabin in which LBJ's grandparents lived is pictured above.  I'd never heard of these until my visit, even though they were apparently very common in those days.  The cabin on the left was used for sleeping quarters.  The cabin on the right contained the kitchen and dining area.  The breezeway, or dog trot, in the middle was an outdoor room in the hot summers and used for storage during the winter.  Both cabins shared a common roof as well as porches on the front and back. 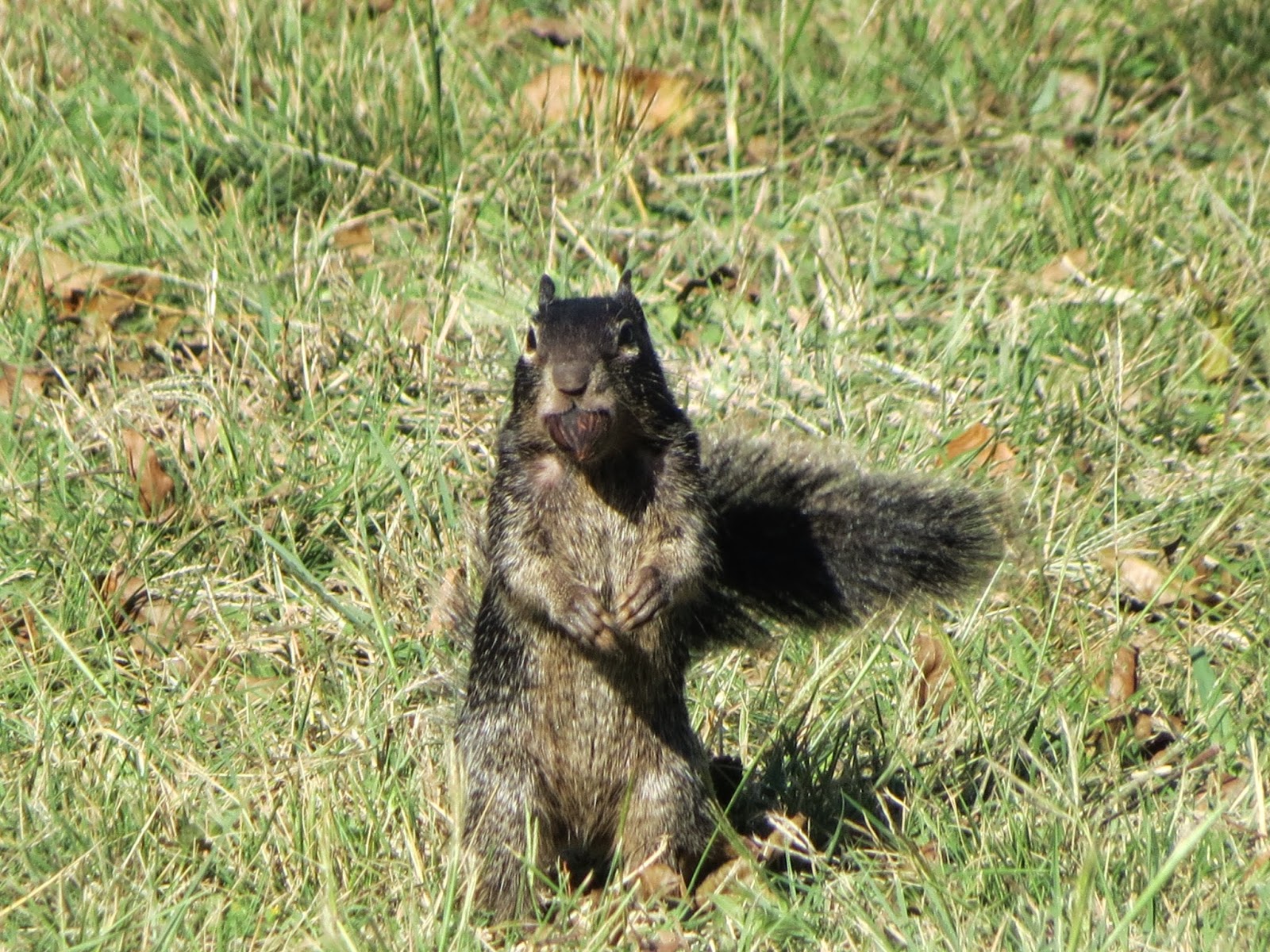 This is the first time I've seen black squirrels.  I finally obtained a Mammals of Texas field guide so I could identify them.  They are actually a black morph of the Eastern Gray Squirrel.  I sat on a bench on the back porch of the cabin to watch and photograph them. 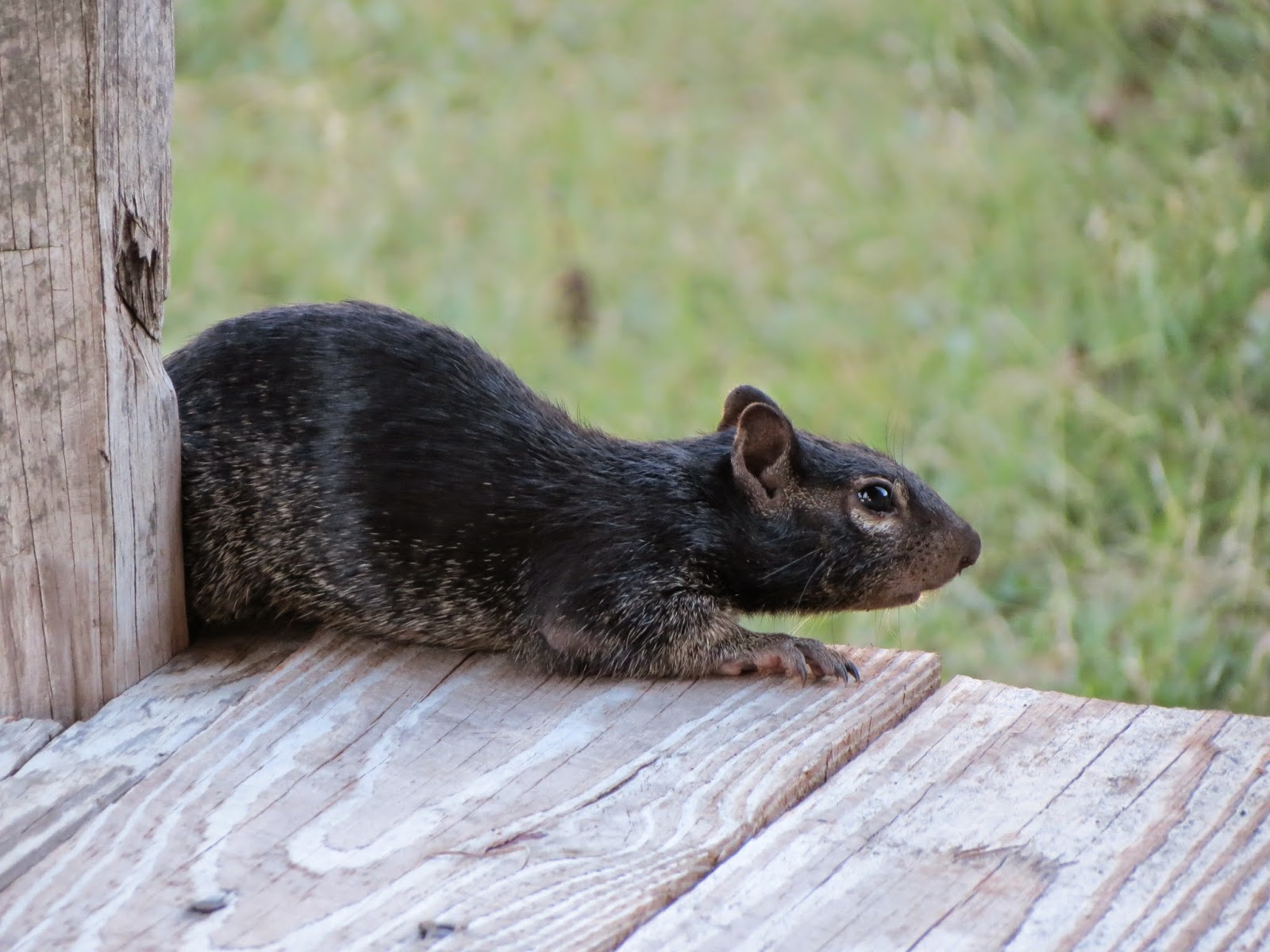 This one played peek-a-boo beside a corner post.  Turns out he was a decoy.  While he distracted me, the others snuck closer.  I turned my head to find four of his buddies within two feet of my bench. They instantly scattered once noticed.  Those sneaky little buggers!  They may have just been curious, but I suspect they hoped I might have a snack they could steal. 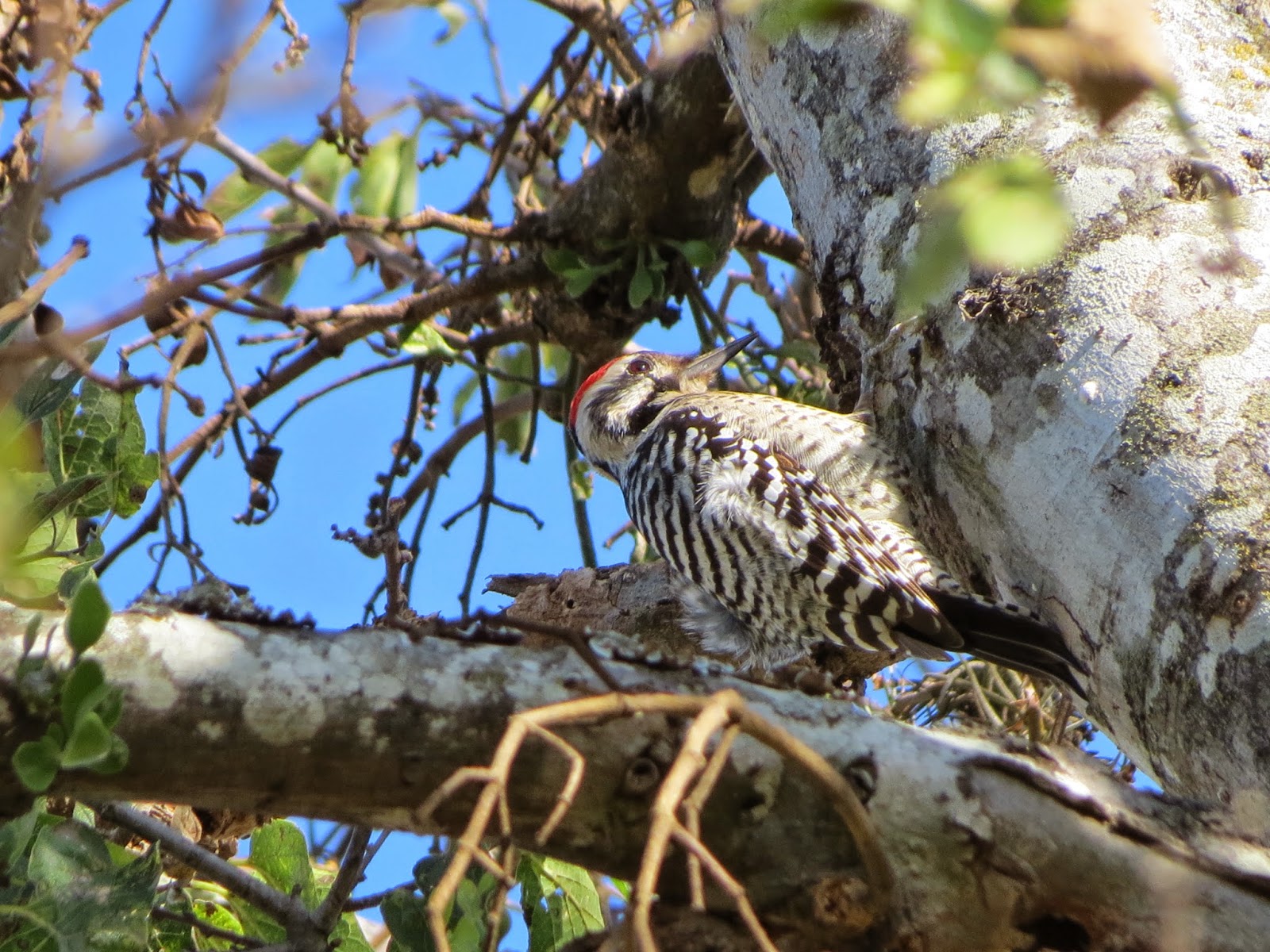 Near the windmill, I heard a repeated knocking which I first attributed to the rotation of the antique blades.  Nope, the source was actually a nearby Ladder-backed Woodpecker.