Someone posted they had seen a Lesser Black-backed Gull in Surfside.  The Bluewater Loop of the GTCBT leads there, so I made another day trip to the coast.  From Galveston Island I headed south, crossed the San Luis Pass on the toll bridge, and took the first right to the first stop of the day, San Luis Pass County Park.

I found a Neotropic Cormorant swimming in the little lagoon area between the cabins and the RV campground.

A Herring Gull was fishing in the marshy area next to the beach.  This is the first time I've ever seen any gull actually catching his own fish.  He stood very still, much like a heron, staring at the water.  I saw him with at least two different catches.  He tried to pick this one up and march off, but he didn't get very far before dropping it and having to pick it back up.  Good thing he'd already made sure it couldn't swim away.

The Loggerhead Shrike likes thorny bushes.  I didn't see any impaled creatures this time, but he makes use of those spikes.

I have heard that Monarch Butterflies are declining in numbers, but I've been seeing more and more of them.  It's very possibly because I've just been paying more attention. 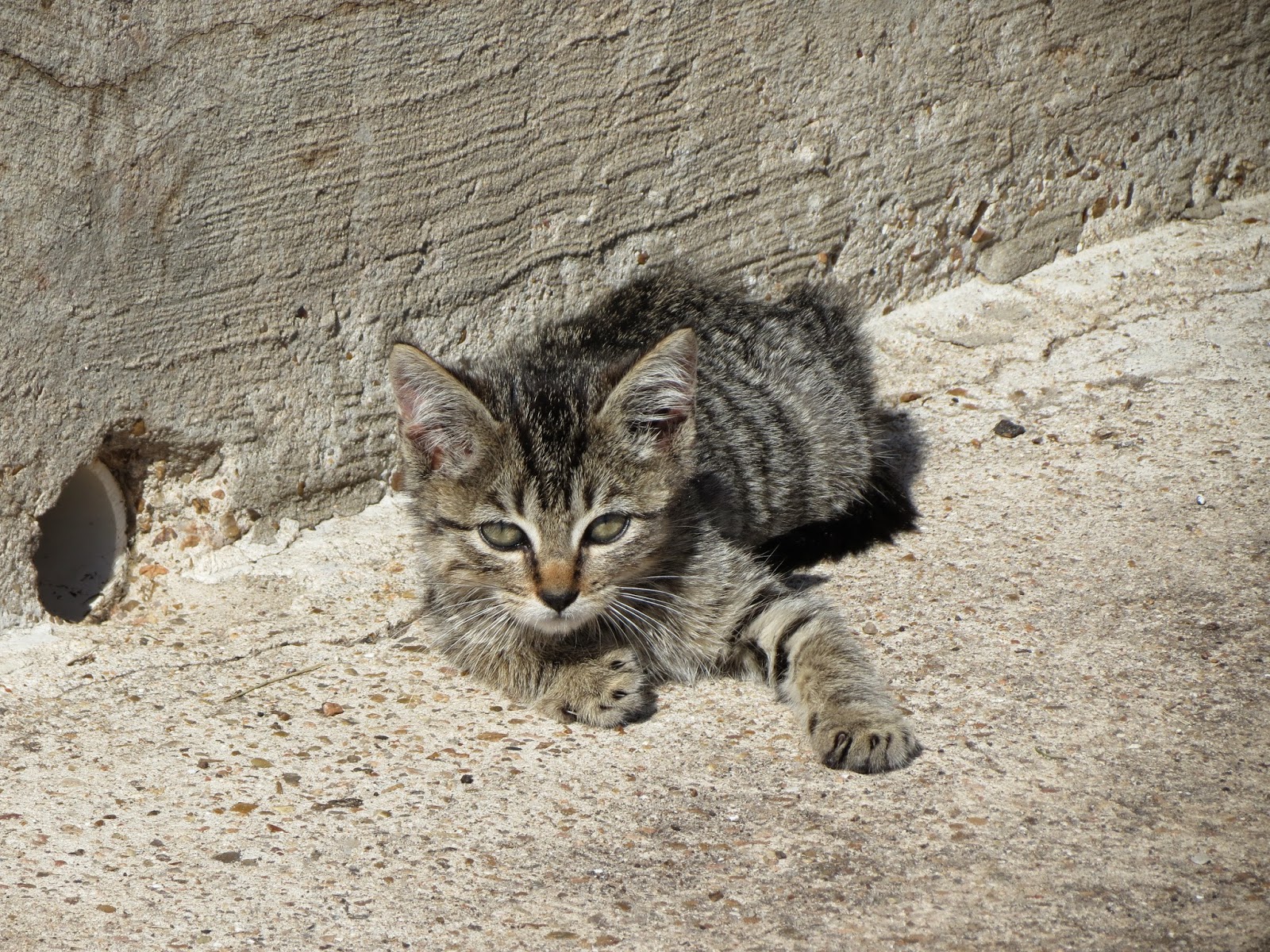 I saw something small and furry near the laundry room.  He was thin and there was something missing in his eyes.  It looked like he needed someone to take him home and love him.  He ran away and hid, so it couldn't be me.  Poor little tabby.