I'm not afraid to camp alone and have done it often, but sitting around a campfire alone is no fun.  When I learned one of the adventure clubs was spending a weekend camping at Palmetto State Park, I was happy to be able to join them.  It was sitting around the campfire with them that I learned of the "Ottine Swamp Thing".   After reading the story of the "thing" they said, "Now let's go on a night hike."

Monsters?  They didn't mention this in the brochure.  I had to try to find this "thing" of which they spoke.  We hiked the Palmetto Trail by moonlight, but did not find evidence of the creature.  We did find a tree full of vultures, which was a little creepy.

I'm jealous.  Why don't we have a "thing" in our Houston-area swamps?  Maybe we don't need to invent monsters because we have alligators.  Or maybe we used to have one until the alligators ate him. 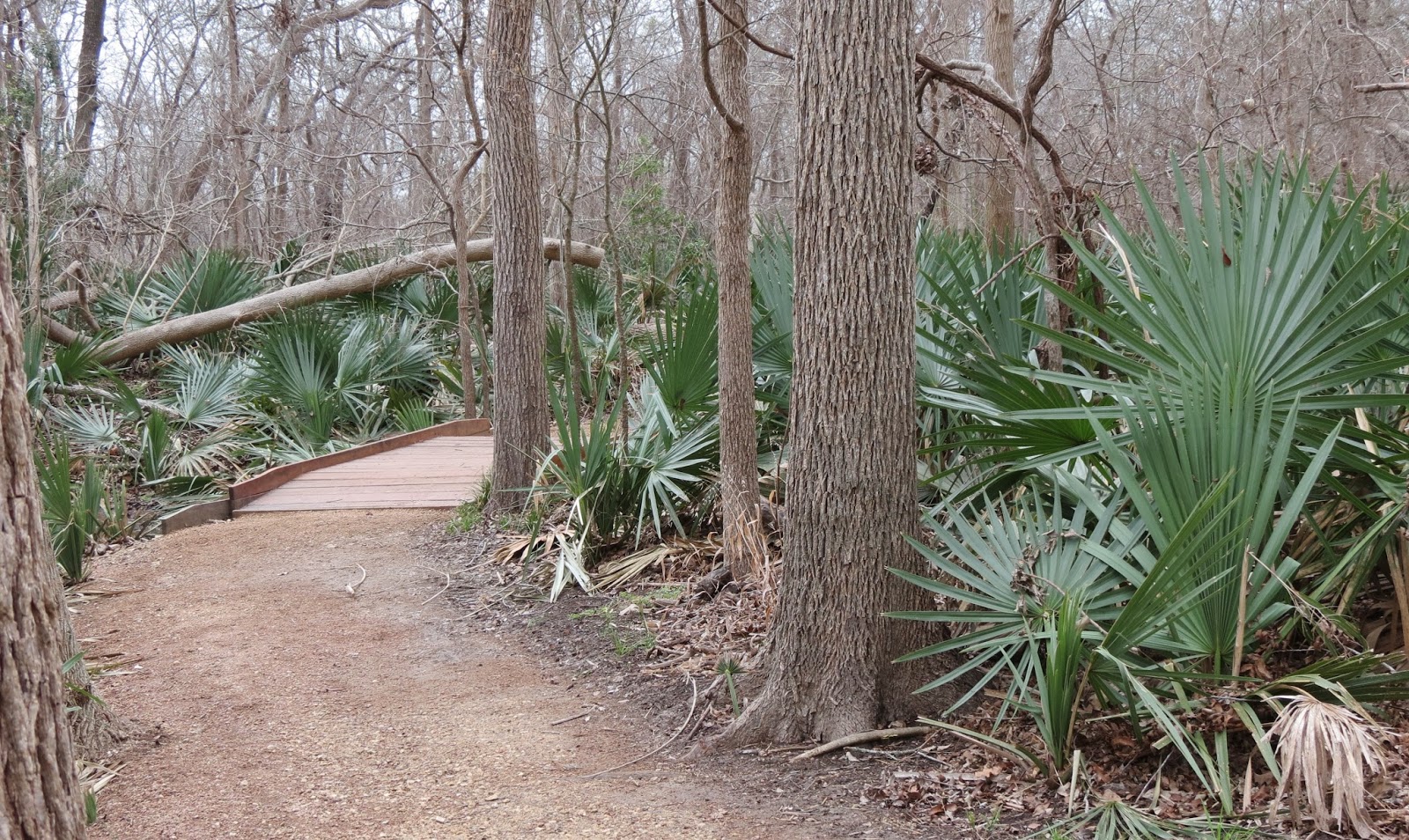 I suspect the swamp rabbit is the true culprit.  If he is hopping along through the palmettos, the fronds will sway.  I found this one on the San Marcos River Trail. 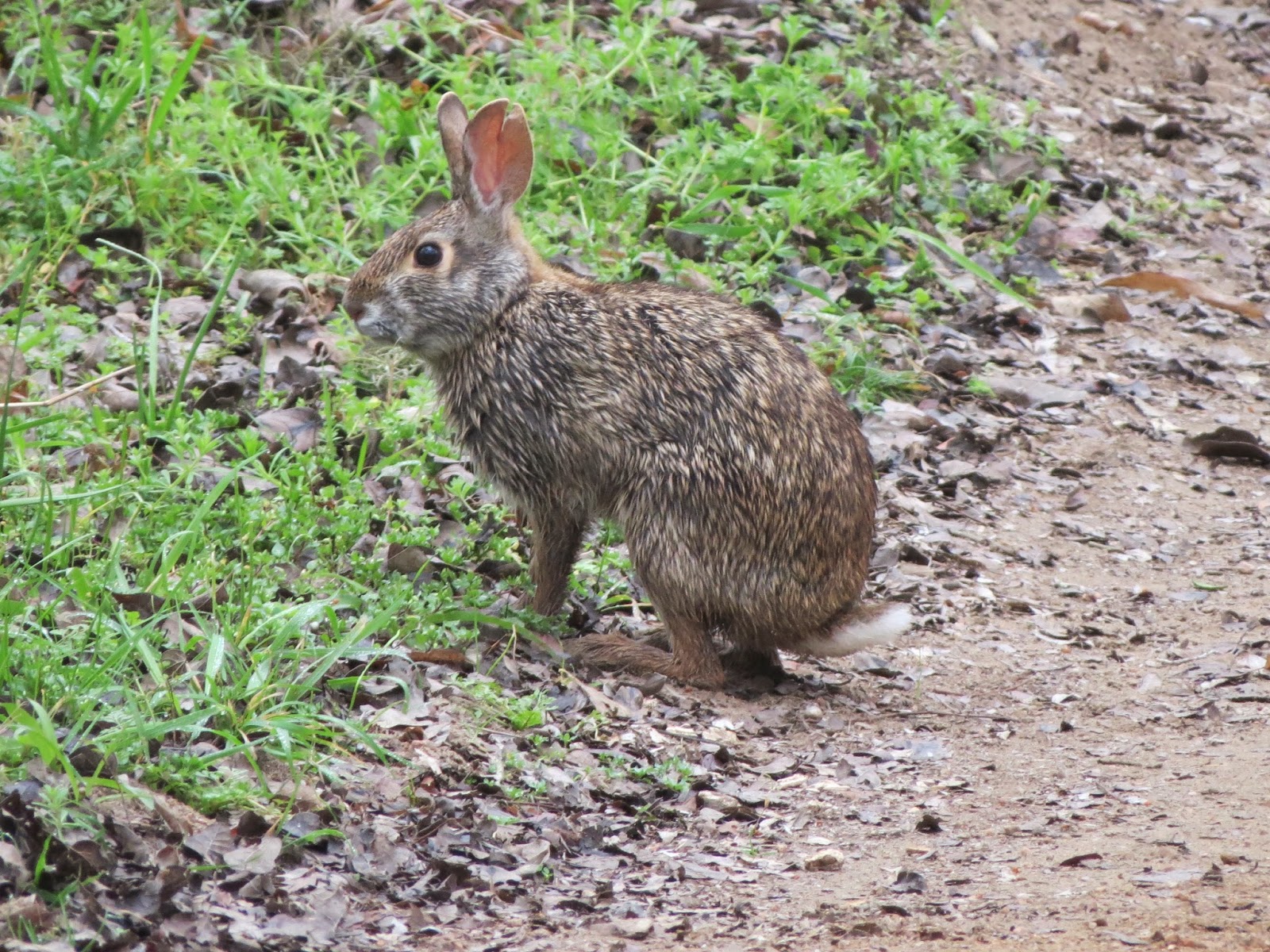 Also found on the river trail, the Yellow-bellied Sapsucker drills holes and comes back to eat the sap and the insects it attracts. 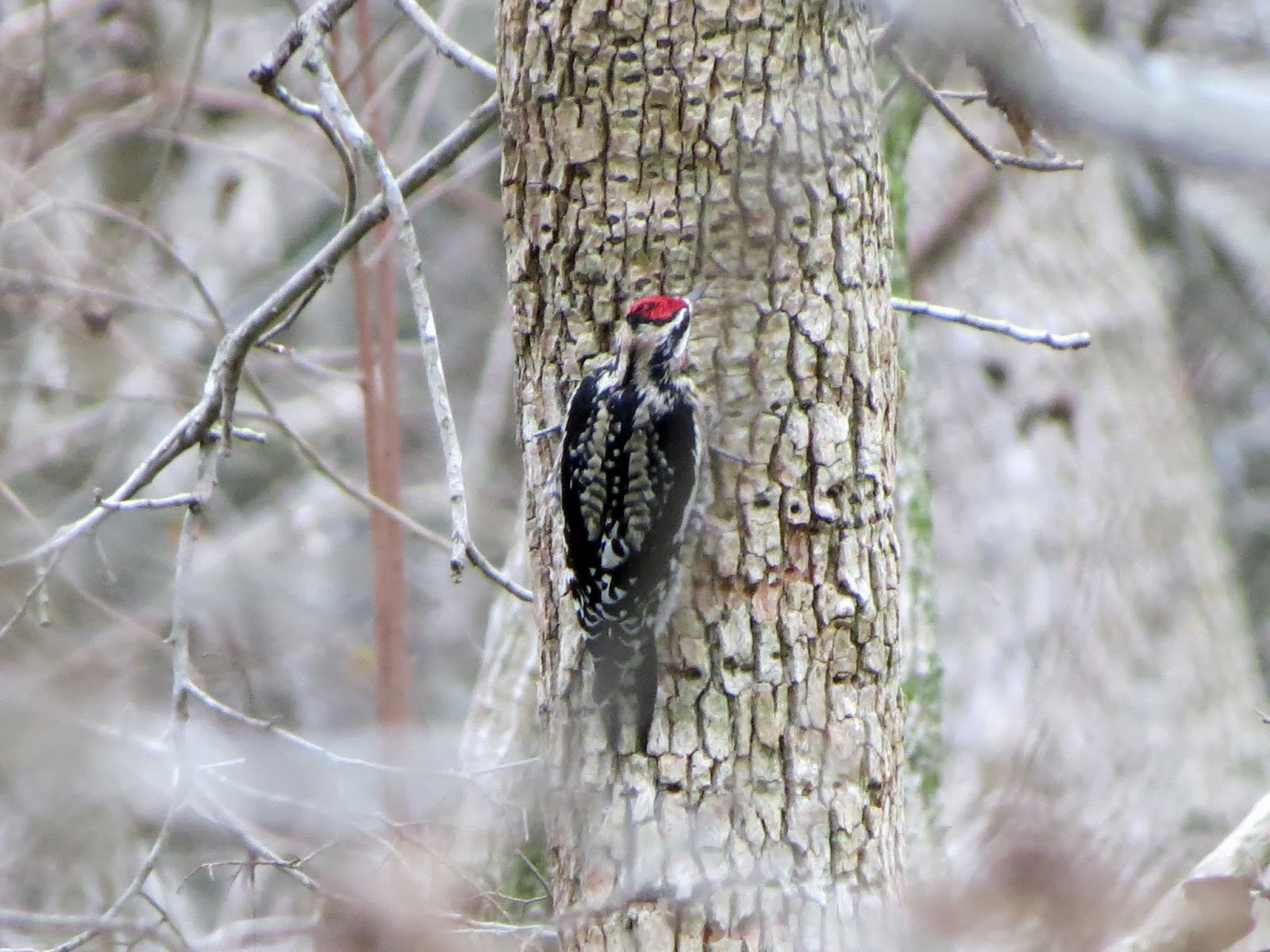 There were a large number of vultures in this park.  I found these two Black Vultures along the Ottine Swamp Trail. 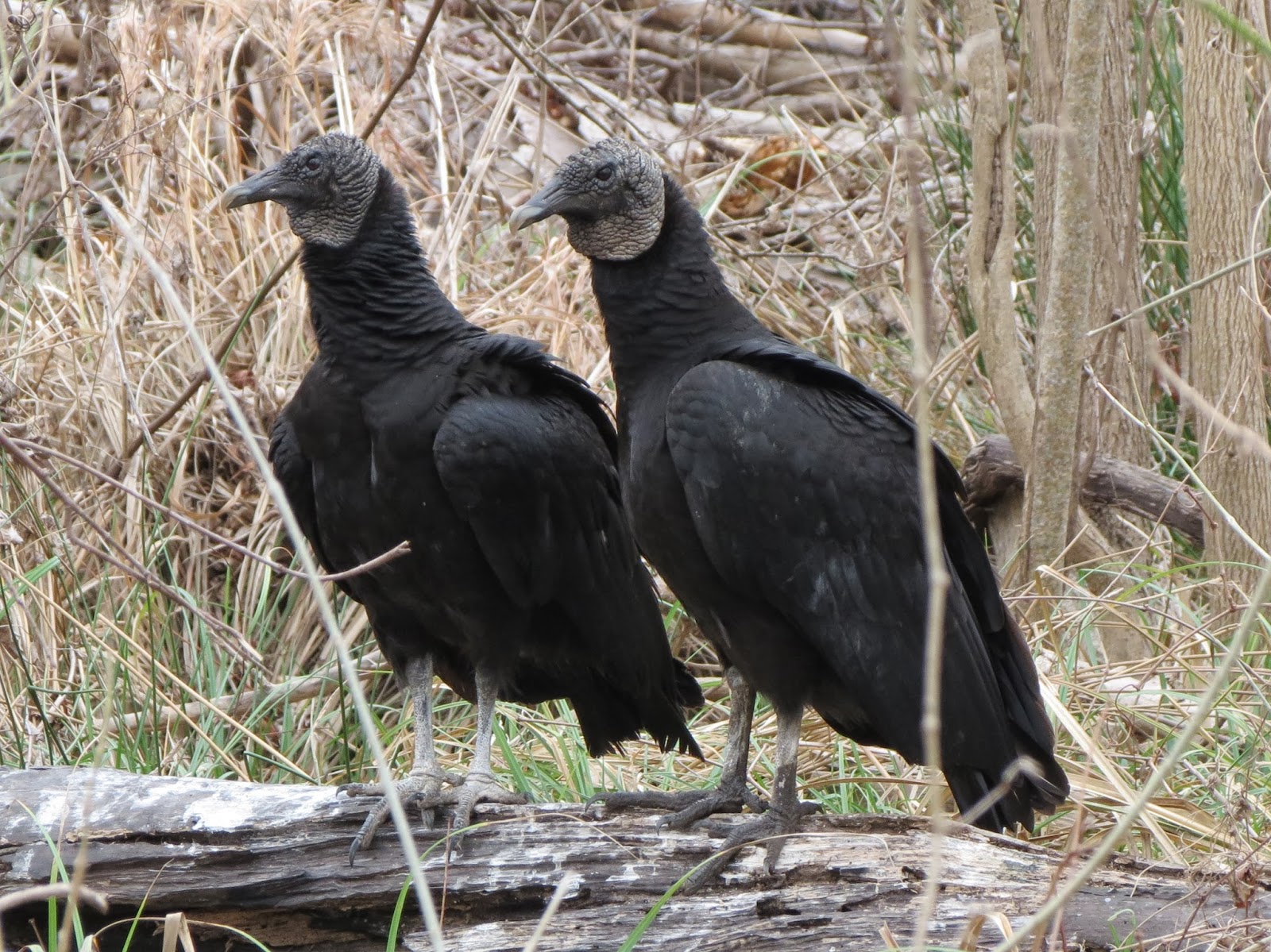 Also hanging out on the swamp trail was a Question Mark Butterfly, so named because of a mark found on the other side of his wings.  I spent a great deal of time waiting...waiting...for the wings to open for the perfect shot...not realizing he was posing with his namesake exposed.  Lesson learned.

He is beautiful.  I like the purple edging on the bottom. 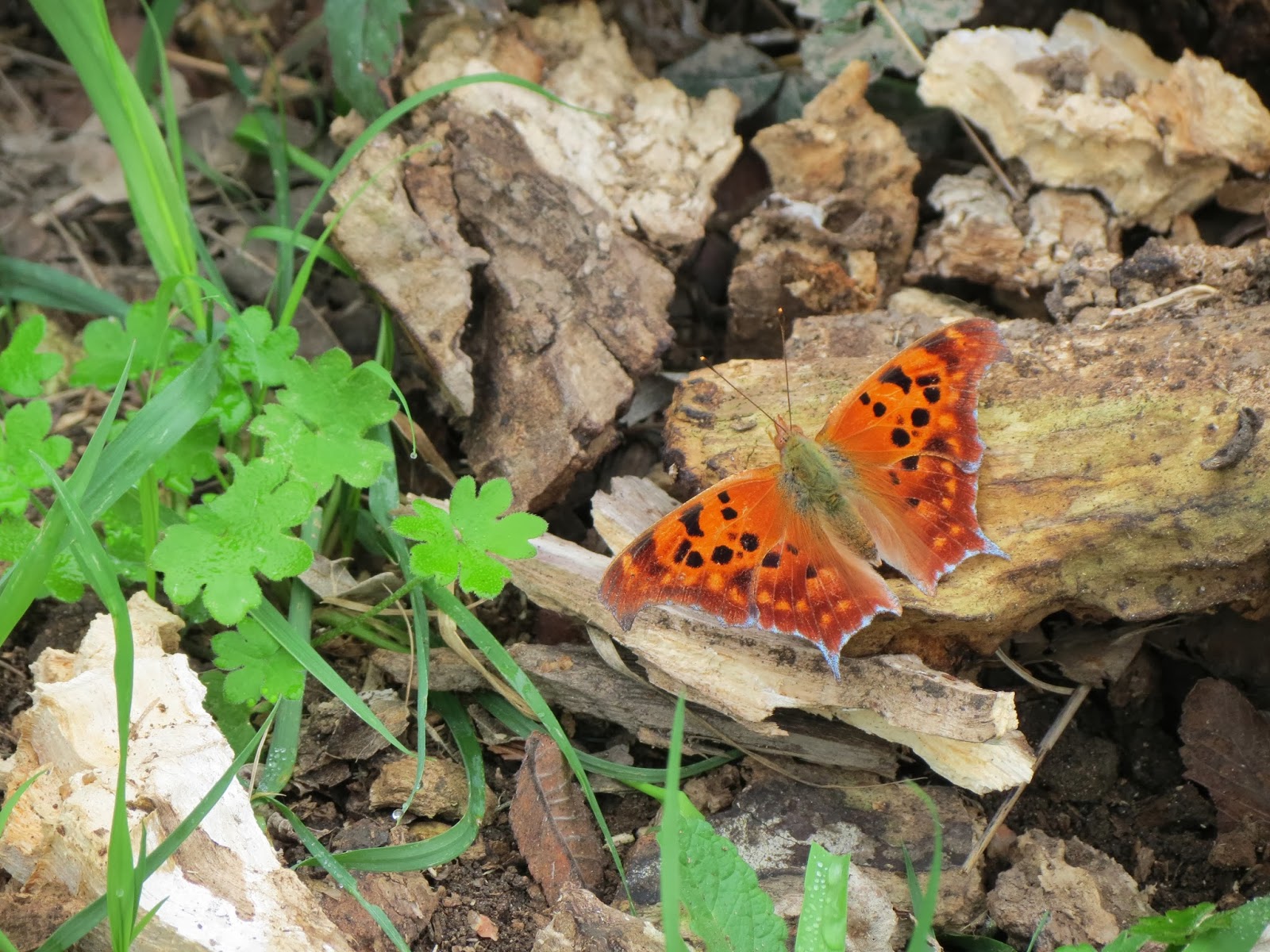 I'm linking up with Outdoor Wednesday.