As I was travelling to and from the Aransas National Wildlife Refuge, I kept seeing the sign for the Port Lavaca Bird Sanctuary.  I didn't have time to visit on that weekend, so I drove a little out of my way on the trip home from Palmetto State Park. 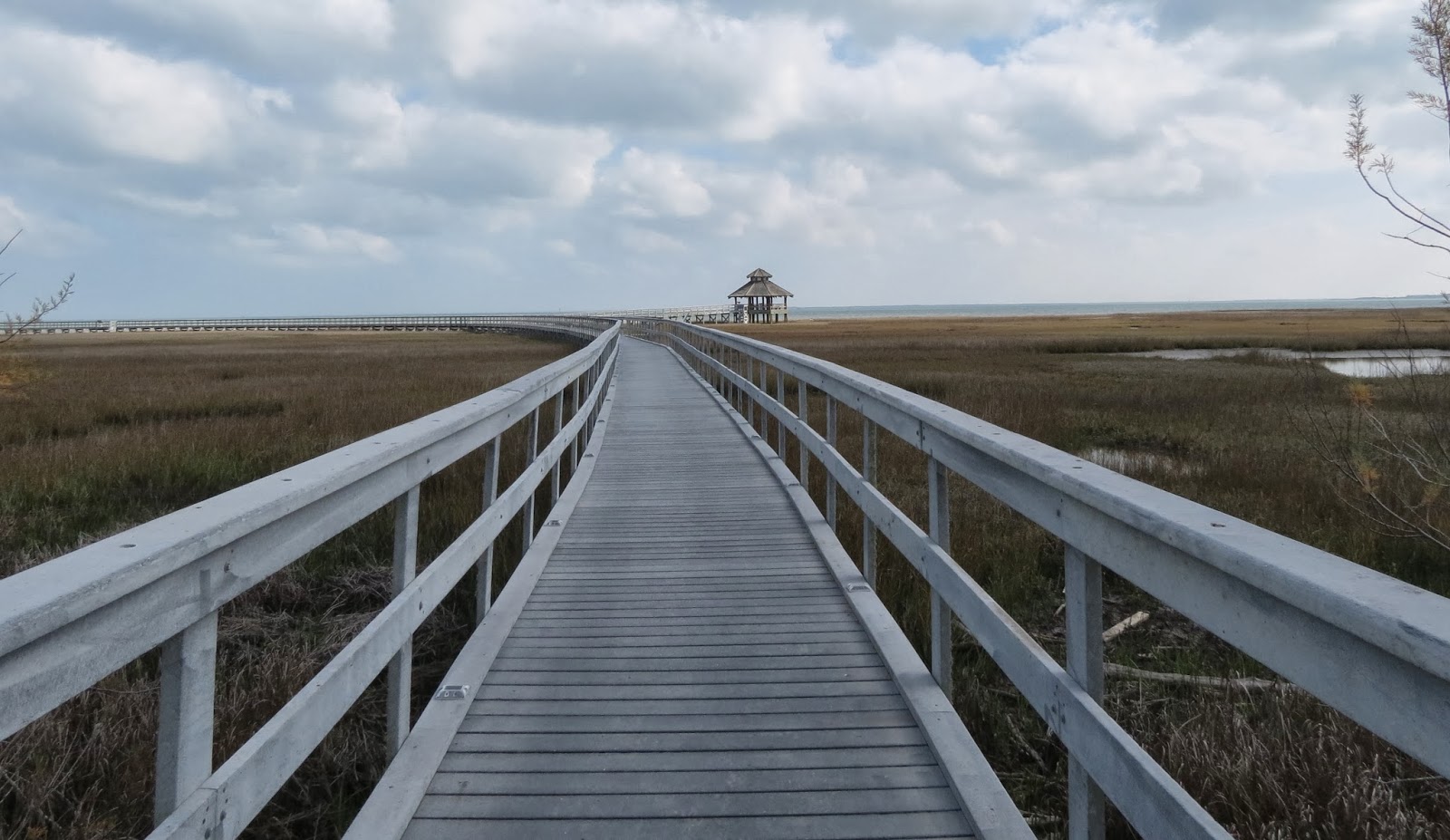 I'm linking this photo to Sunday Bridges.  The pedestrian walkway crosses the coastal marsh to a birding tower, continues along the beach, and ends at a grassy field. 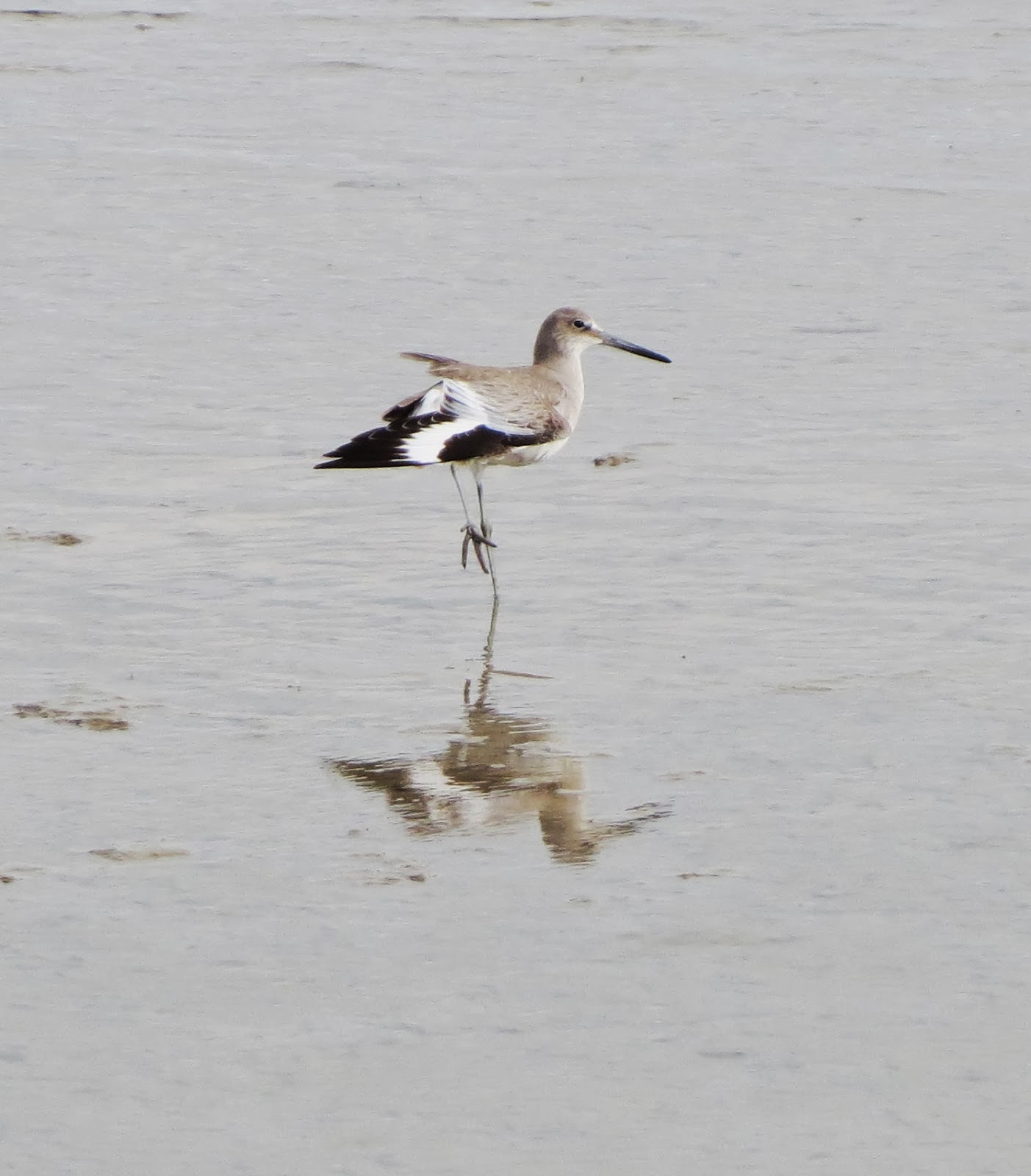 The Willet, which I found near the birding tower, showed off his striking wing pattern. 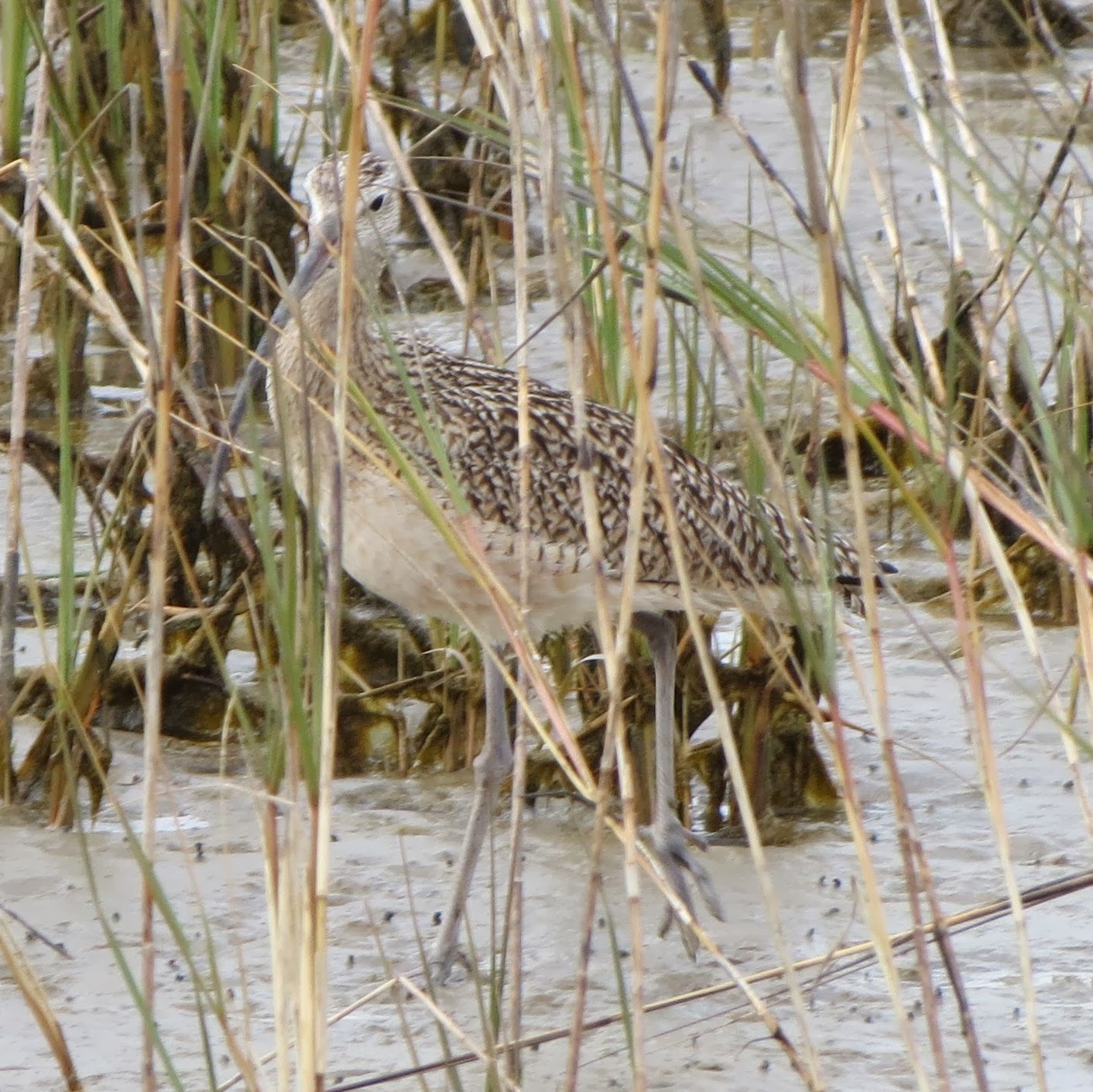 The Long-billed Curlew peeked out from the marsh grass near the beach. 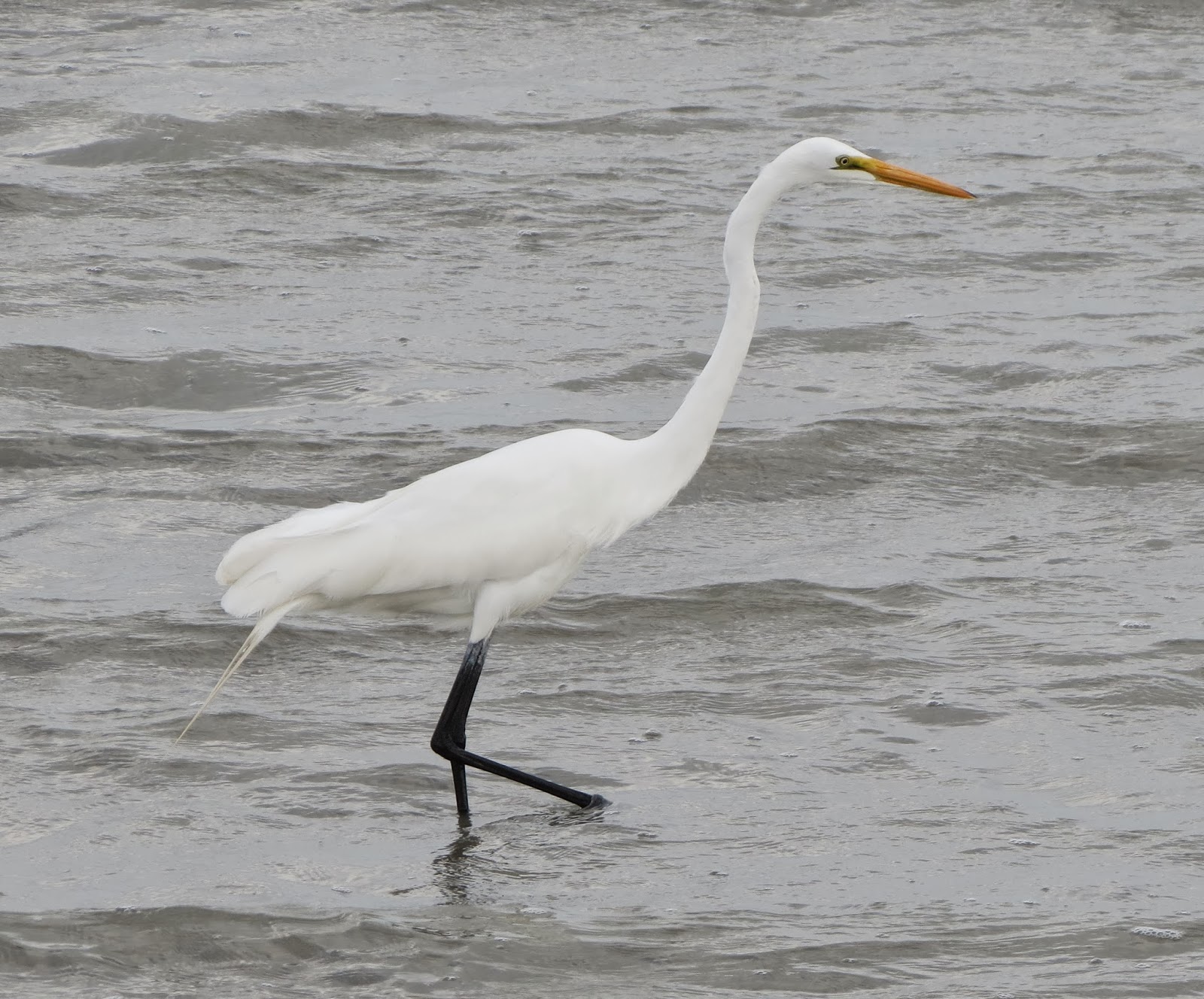 I thought the Great Egret, which was stalking his dinner in the shallow bay water, might be spooked by a pair of loud teenagers pointing and shouting, "Look at that one!"  He ignored all of us.

There were joggers and a few noisy children that crossed my path, but the birds seemed to know they were safe from people on the bridge and weren't disturbed. 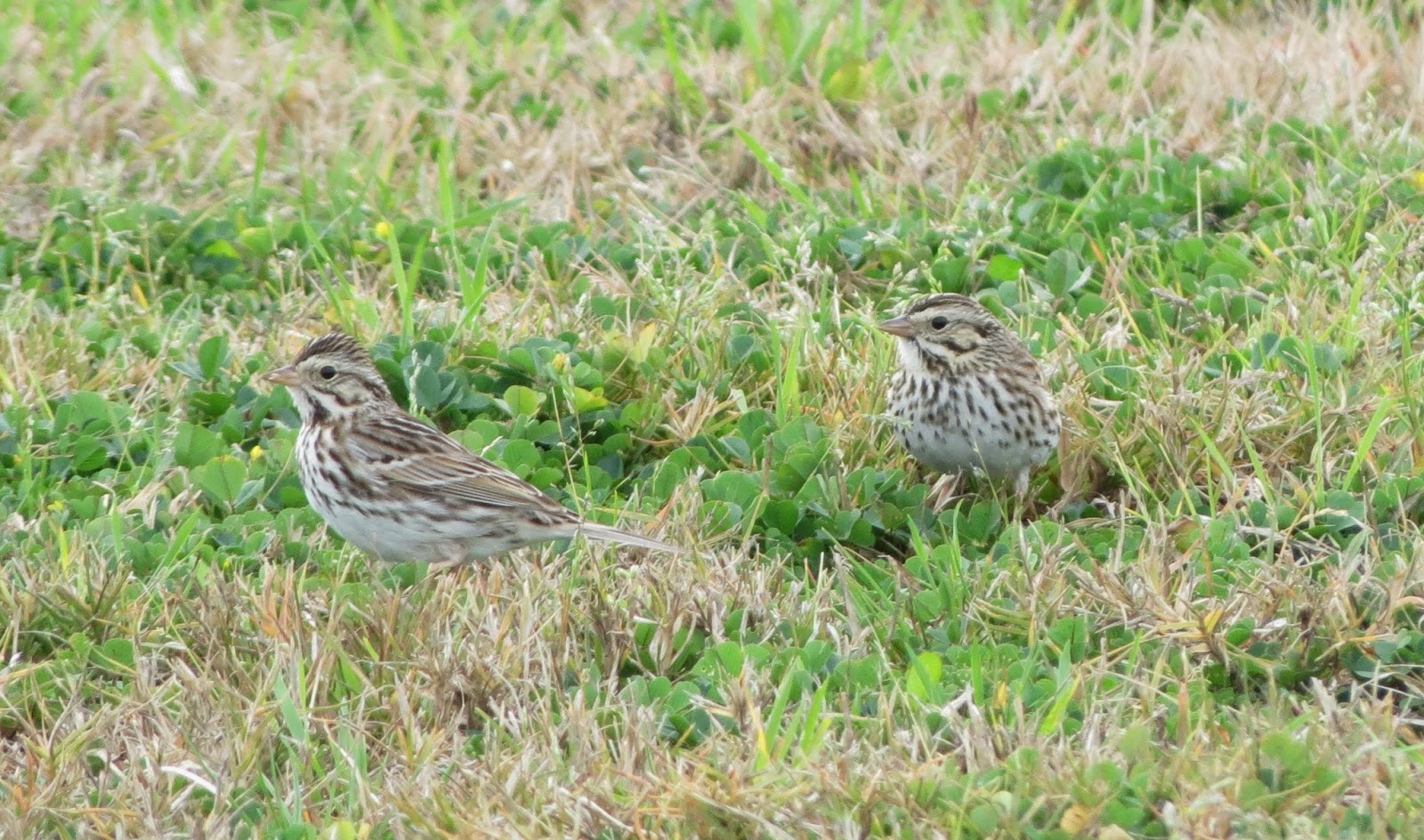 I found Savannah Sparrows in the grassy field.  No bridge here, just a sidewalk, so the birds are a bit more cautious of approaching humans.  They did allow me to watch and photograph them as long as I kept my distance.