After leaving Longenbaugh Road, I still had some time to kill, so I followed the directions to the next site on the Great Texas Coastal Birding Trail map.  By the time I reached Warren Lake, it was raining steadily.  I saw no birds except what I thought was probably Starlings on the power lines.  I had already driven all those miles, there was no lightning, and the clouds weren't spinning, so I might as well have a look around. 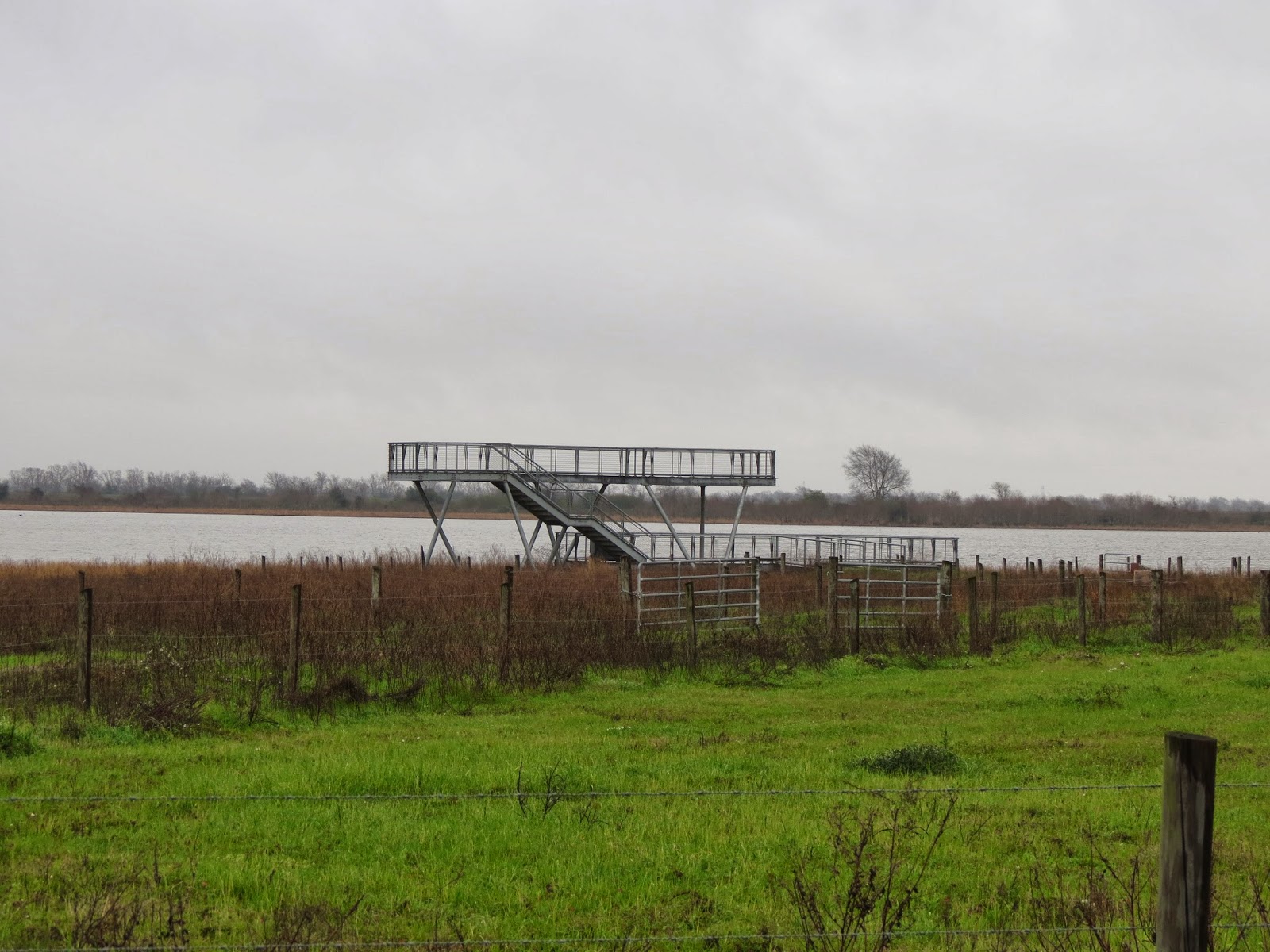 I found a rain jacket in my trunk, tucked my camera beneath it, and headed to the viewing platform.  Apparently, the geese had already headed north, but the Northern Shoveler's were still there - hundreds of them.  Most were far out in the middle of the lake. 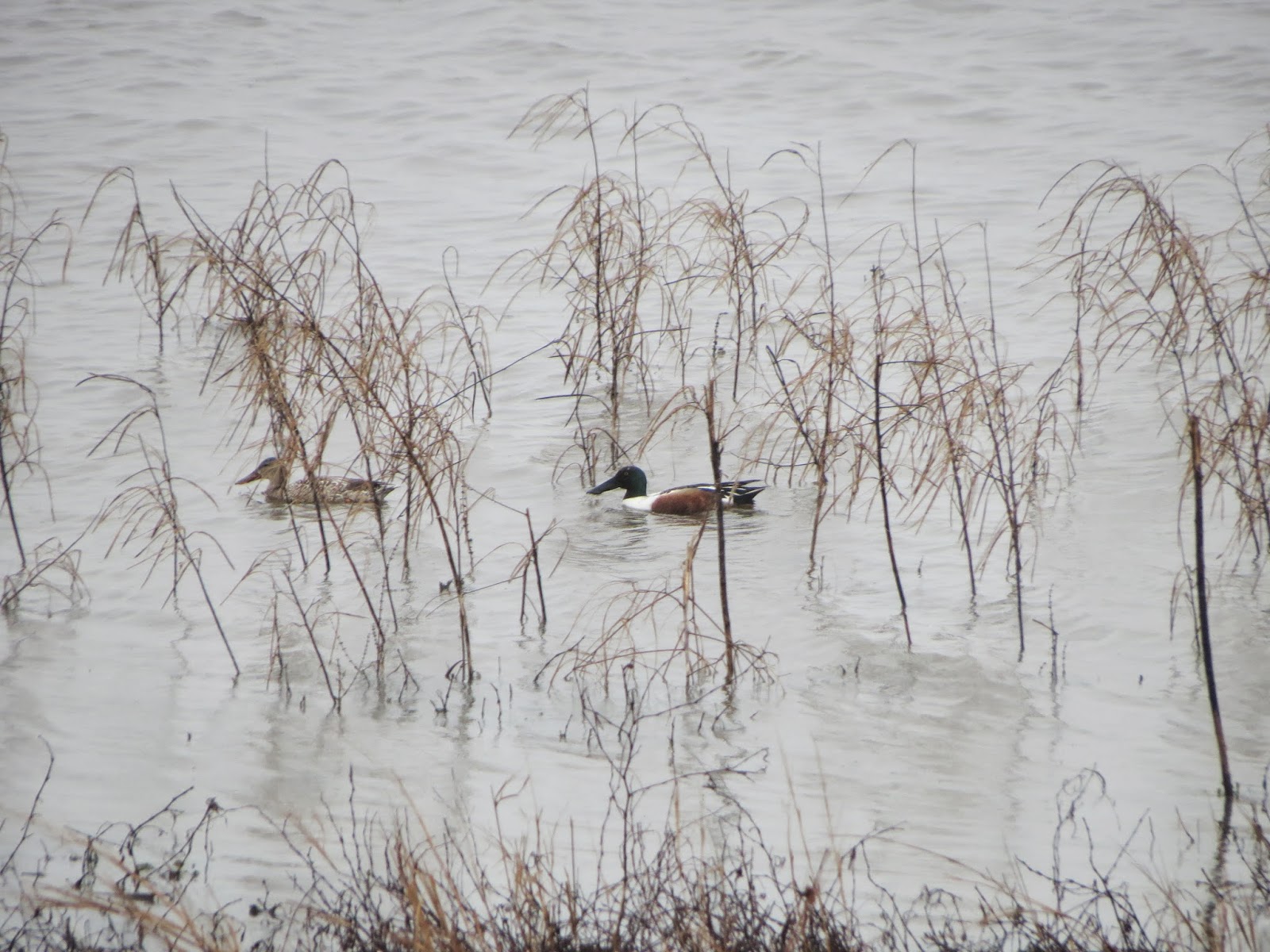 There was one pair close enough to photograph. 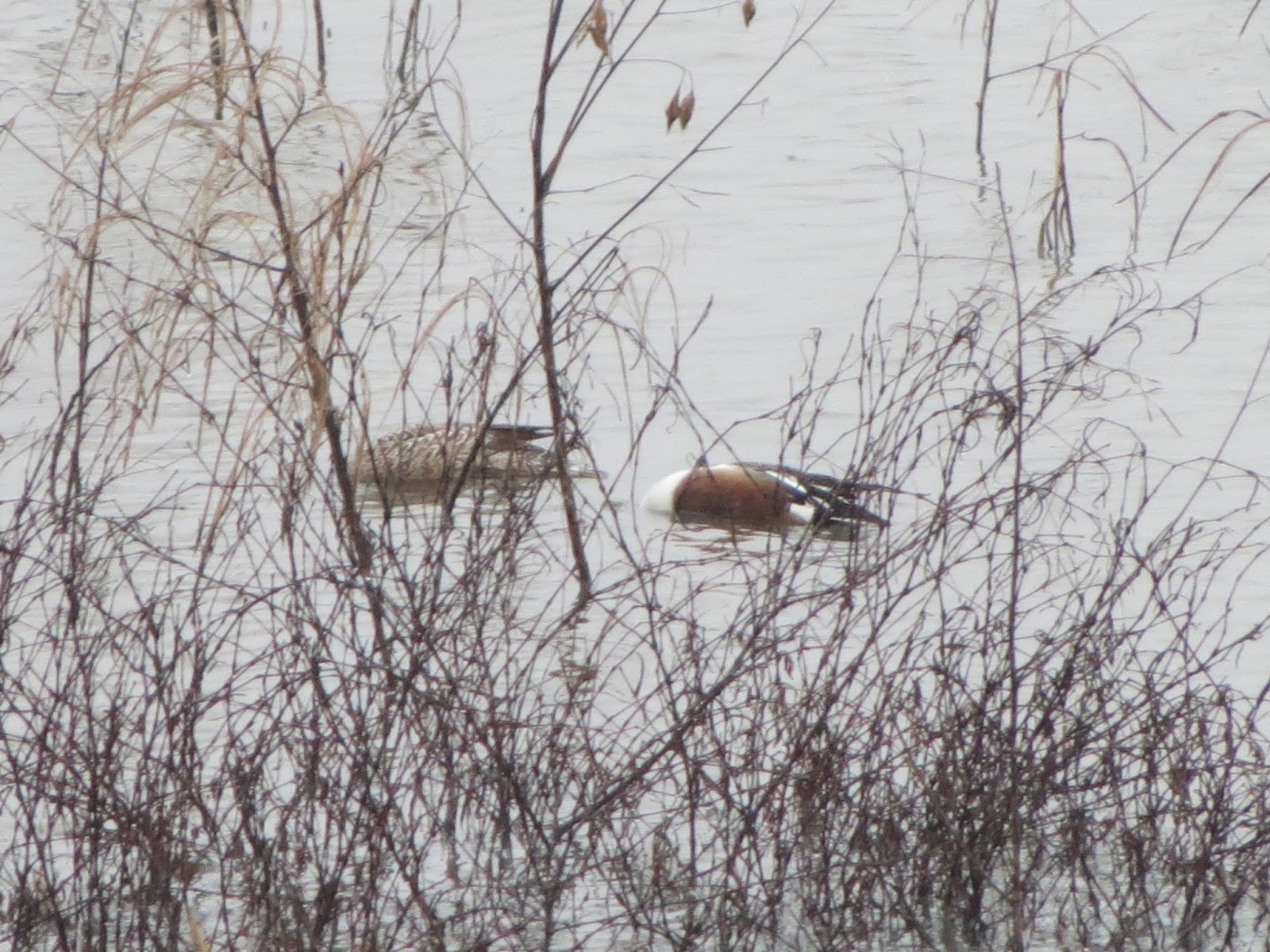 They spent most of their time with heads below water.  I watched them swim that way for awhile.  The rain continued without any sign of stopping, and my camera was getting wet.  If I ruined it, I'd be forced to buy the new version.  That would be just awful... 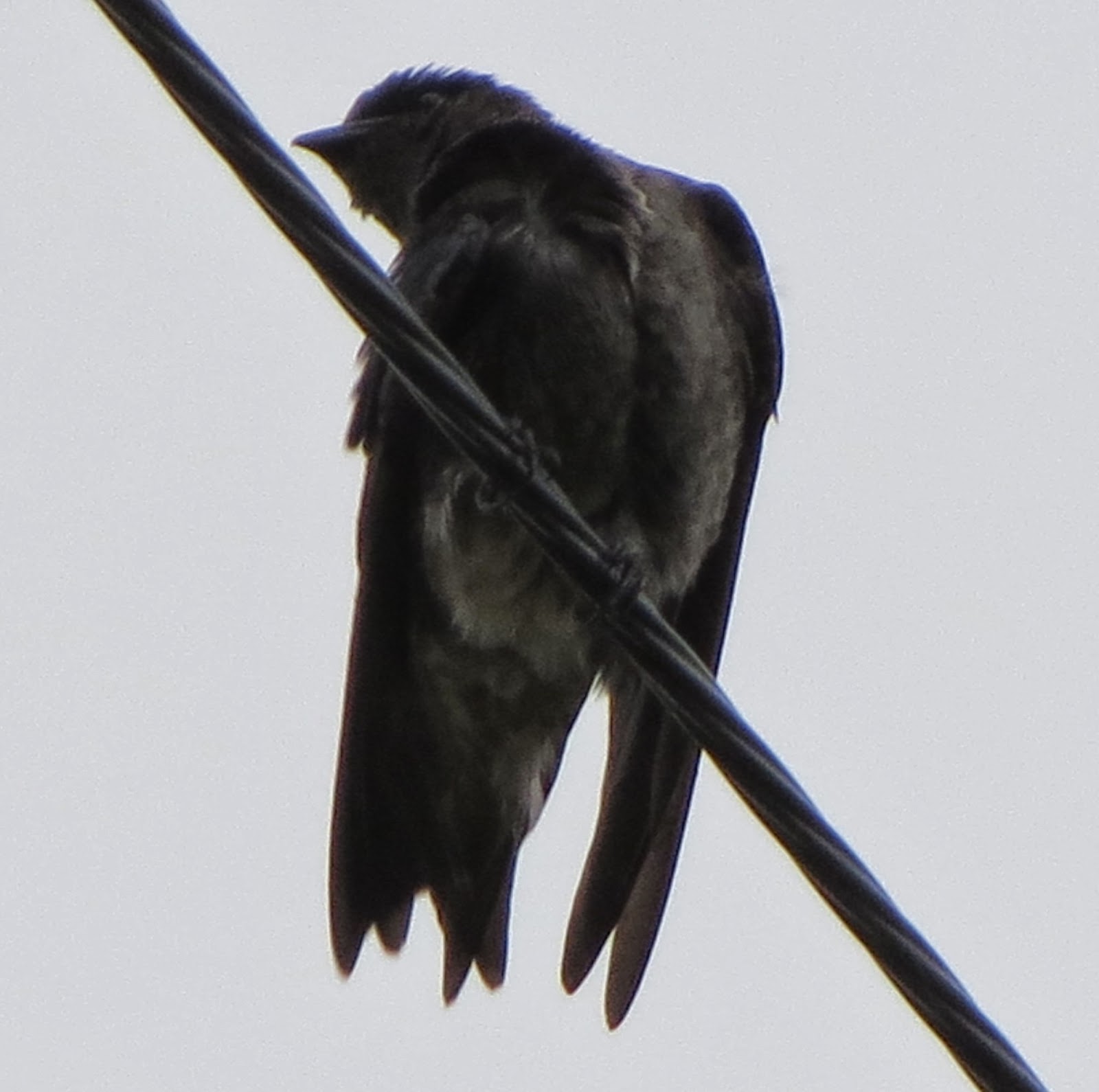 I took a closer look at the birds I ignored, and realized they did not have the silhouette of a sparrow or starling.  They were Purple Martins!  Spring migrants.  Hooray for spring!

I had to risk more photos in the rain for the martins. 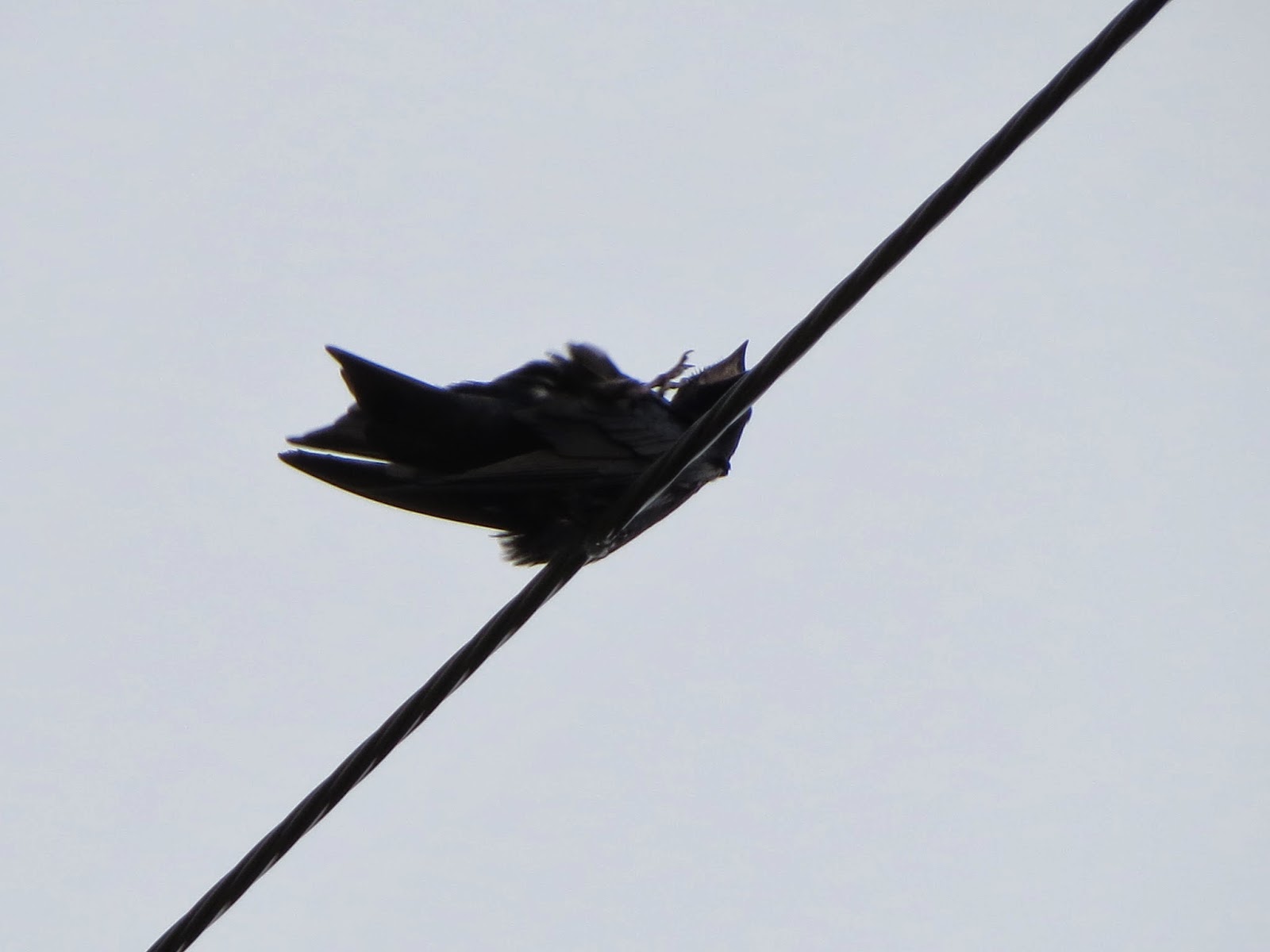 No, he didn't really stick his toe in his eye and scream.  He's just scratching an itch.  The photo made me giggle, though.

I thoroughly dried the camera and it continues to work perfectly.  Darn.

I'm linking up with I'd Rather b Birdin' at the Bird Depot.  Please visit to see more beautiful birds or link up some of your own.